Congratulations to the following award winners!

MIGWE’C (Native American 1831) to the sponsors:

The Smith-Pettit Foundation, Greg Kofford, Dan and Elizabeth Whittemore, and Jill and Greg Brim for honoring the 2018 award winners with gifts of appreciation.

A DANK (Yiddish 1841) to the authors who shared their stories:

The Smith-Pettit Best Book Award was awarded to Canadian Mormons: A History of the Church of Jesus Christ of Latter-day Saints in Canada by Roy and Carma Prete Salt Lake City, UT. Deseret Book.

The Best Biography was awarded to That We May Be One: A Gay Mormon’s Perspective on Faith and Family by Tom Christofferson Salt Lake City, UT. Deseret Book.

The Whittemore Best Documentary History Book Award was awarded to Race and the Making of the Mormon People by Max Perry Mueller Chapel Hill, NC. University of North Carolina Press.

Greg Kofford Best Theological Article Award was awarded to Jeffrey David Mahas, “I Intend to Get Up a Whistling School’: The Nauvoo Whistling and Whittling Movement, American Vigilante Tradition, and Mormon Theocratic Thought,” Journal of Mormon History 43, no. 4: 37-67.

Finally to the many publishers, members, and friends who suggested titles and contacted us at awards@jwha.info.

THANK YOU ALL VERY MUCH! 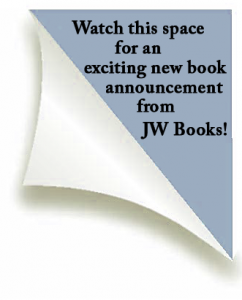