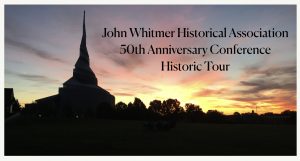 Please note, some walking will be required.

Early members of the Restoration movement identified Independence, Missouri as the location of the holy city of Zion. Beginning in 1831, church members began to gather to Independence. They began plans to build a grand complex of twenty-four temples – the heart of the city of Zion. Persecutions in the Summer and Fall of 1833 led to the eviction of the Saints from their homes in Independence, but many Restoration movements still see this place as a sacred historical site. Today Independence is home to the world headquarters of Community of Christ, and a number of other Restoration faiths. 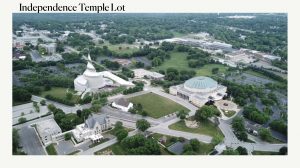 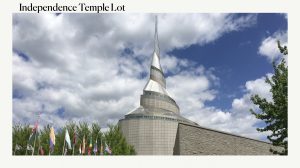 Eventually Caldwell County was appointed by the state of Missouri as a refuge for the Latter Day Saints. At Far West, a city of nearly 5,000 people was built, with plans made for temple at the center of the city. Several revelations were received by Joseph Smith at this site. The city came under siege during the “Mormon War” of 1838 when it was surrounded by Missouri State militia. Tour through the historic temple site, marking the remains of this frontier settlement. 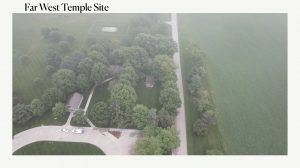 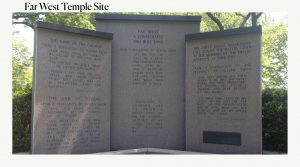 In August 1836, W.W. Phelps and John Whitmer of the Missouri Presidency, purchased a one mile square plot which became the settlement of Far West. The Far West community existed from 1836 until the Mormon evacuation from Missouri in early 1839. At its height, the population of Far West numbered between 4,000-5,000. An archeological study discovered over thirty anomalies that appear to have been graves. Furthermore, the anomalies are in an area a little larger than 50 x 250 meters, thus more precisely identifying the burial site’s location and size. 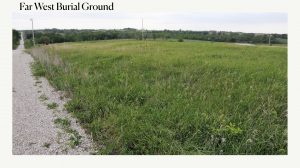 After the exodus of the Latter Day Saints from Missouri, John Whitmer stayed behind in Far West. He lived the rest of his life in a cabin in Far West until his death in 1878 at the age of 75. During his time in Far West never recanted his testimony of the Book of Mormon. 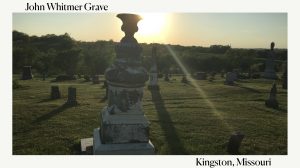 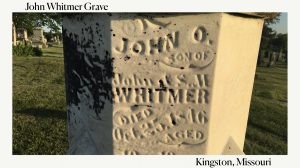